What are the taekwondo guards

Everyone knows about Taekwondo. Many parents start to train their children from a young age, but they will inevitably get injured during the practice. At this time, we have to prepare some protective gear to prevent it. What are the taekwondo protective gear? Let’s take a look with the editor. .

Chest Guard Taekwondo Armor Armor (also known as “chest guard”) is a protective gear that protects the body part below the neck and above the waist. And the most in need of protection are the ribs (to prevent them from piercing the lungs) and the stomach. The armor must be red or blue, to distinguish the two players. It is worn on the outside of the gi and must be the same color as the helmet. Armor before 2003 was double-sided, but only protected the front and abdomen of the body.

The arm guard is a protective gear that can protect the elbow to the wrist arm, in short, the arm. In taekwondo competitions, the arm is also a frequently contacted part, because when the opponent uses foot skills to strike, they usually also use effective defensive actions such as “up block” and “out block” to protect themselves, so the arm is more likely to be injured. Through the protection of the arm guard, the athlete’s arm can be prevented from being hit and injured, which greatly reduces the chance of injury.

Taekwondo shin guards (also known as “shin guards”). To protect the calf, most martial arts will have similar protective gear. This protective gear is even suitable for football players. Generally, there will be an elastic band at the back of the foot protector to increase the fixation, and there is a hook and loop to adjust the elasticity. Like most gear, foot guards usually have air holes to increase breathability and keep them comfortable and hygienic. But shin guards also have certain dangers. For example, a football boy once cut his foot muscles because he wore a shin guard. Although this is a football case, the foot guards for taekwondo should be doubled. Be careful.

The shape of the glove is like an anti-fall glove. When a player opens his hands during the game and is hit in the hand, it is easy to cause injury or even fracture. Wearing gloves can make athletes make fists, which helps to protect the hands and feet. It is also not used in most WTF events.

As the name suggests, yin and crotch protectors are the most important protective gear to protect the lower body.

Through the above editor’s knowledge of Taekwondo protection, we can choose several types according to the needs of children. When purchasing, remember to go to regular stores, so that the quality can be guaranteed. 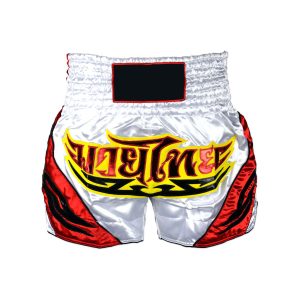 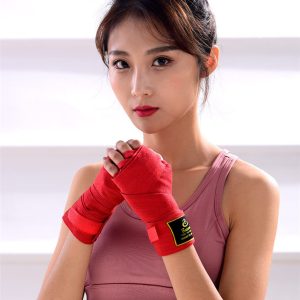