2. Hogu is a tool used by Taekwondo athletes to protect themselves during competition. Translate it into Chinese, that is, armor. Protective gear has been used in Taekwondo League competitions since the 1950s and is regarded as an important piece of equipment for Taekwondo athletes. Pads are generally the scoring position in the game. Athletes use some foot techniques (such as spin and back kicks) or boxing (such as straight punches and hand knives) to attack the protective gear. Several companies such as Adidas and Daoda also produce protective gear; but only a few brands of protective gear are recognized by the Taekwondo Federation. The protective gear will be used in the World Championships or the Olympic Games; but not in the competition held by the ITF, because the “hogu” (protective gear) is only suitable for the events held by the Taekwondo Federation. The protective gear includes helmets, greaves, feet greaves, insteps, chest protectors (also known as armor), guards (for men, not common in Taiwan), yin protectors (for women), and hand guards. Among them, hand guards and instep guards are less commonly used.

3. Taekwondo protective helmets are similar to helmets of other martial arts (such as boxing, etc.). The helmet is soft and divided into three parts: head guard, ear guard and adhesive tape. The head guard and ear guard are combined into one. The material is PU or synthetic leather. The top of the head guard is hollow and has air holes to keep the players breathable and comfortable. Different from similar products, the taekwondo helmet adds a front bar protection above the forehead, and at the same time, there is a removable and washable anti-sweat strip on the forehead to prevent the opponents from affecting their vision due to sweat.

4. The taekwondo armor is fully wrapped and pasted without straps, which reduces the cumbersome strapping process of athletes in their usual training. It only needs to be pasted by the athlete to use, and it is very convenient to put on and take off. Similarly, the surface of the armor is made of high-quality PU; the middle is made of high-quality rebound foam board; the skin of the head guard is artificially sewn with high-quality PU. 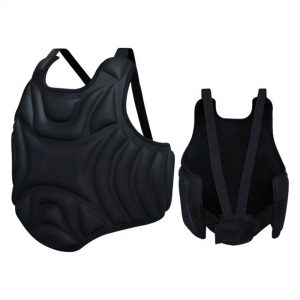 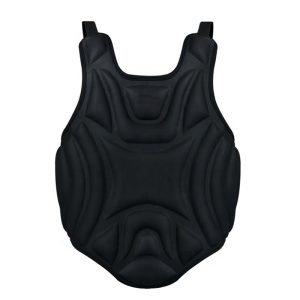