What are the basic rules of boxing

Boxing is a sport in which you fight with boxing gloves. It has both amateur (also called Olympic boxing) and professional commercial competitions. So, what are the basic rules of boxing?

The two players use 8~10OZ gloves (the two sides agree before the match), and they will fight each other for 3 minutes. A professional boxing match is 6-12 rounds. The earliest there has been a 15-round game.

Competitors on both sides should wear helmets, 10OZ gloves (provided by the conference), clench their teeth, and wear crotch protectors (for men), and compete for 3-4 rounds. Each round takes two minutes. One point (point) is awarded for a strong hit on the other side. The winner is the one with the highest number of points (points) at the end or by knocking down the opponent.

The rules of the boxing game have their own unique features. In the new rules implemented by the International Amateur Boxing Federation (AIBA) since 1997, the competition adopts a five-round system, each round is 2 minutes, and there is a 1-minute rest between rounds. If an athlete directly hits the front or side of the opponent’s head or waist with his fist, it is an effective hit, and each hit will be awarded 1 point.

After each round, the dominant athlete can get 20 points, and the disadvantaged athlete’s score is relatively reduced; if the strength of the two sides is equal, each can also get 20 points. The referee decides the ranking based on the total points obtained by the two sides in the 5 rounds. If the total points are equal, the athlete who is in the active position or has a better technical style in the game will win.

When a player of one team is knocked down, the referee starts to count the seconds from 1 to 10, and indicates the number of seconds with gestures. Professional boxing matches are generally 10-12 rounds, with a 1-minute break between rounds.

Amateur boxing competitions mainly rely on technical points to determine the outcome. The boxing gloves used are large and thick. During the competition, athletes should wear vests, shorts, soft-soled boxing shoes, and helmets. Professional boxing games mainly rely on strong attacks or knocking down the opponent to determine the winner. If the knocked down party cannot stand up to resume the game within 10 seconds, the opponent will be judged to win; the gloves of professional boxers are small and thin during the game, and they are shirtless, Race without a helmet on the head.

There are 12 levels in amateur boxing and 17 levels in professional boxing. 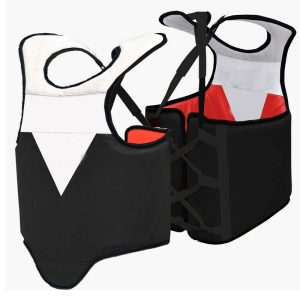 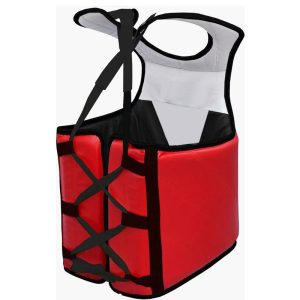