Common mouthguards are usually heated, snap-in mouthguards: these are preformed in shape that can be changed by heating the mouthguard in water, and then snapping over the heated plastic.

The new mouthguard needs to be tried on in the mouth first. If necessary, you can use scissors to cut it off a little, and then use hot water of about 70-80 degrees to soften it, usually it will soften in about ten seconds. Put it in your mouth while it’s still hot and stick it to the upper teeth, then bite the upper and lower teeth with moderate force, but don’t use too much force to avoid biting through. At the same time, you can press with your fingers to make the mouthguard fit the gums and other parts. The new mouthguard only needs to be set once and can be used repeatedly.

A mouthguard is a piece of equipment that is placed in the mouth to play its protective role. For things that enter the mouth, safety and hygiene must be considered first. Rough and rough surfaces are definitely unqualified. There are also materials that must be non-toxic and odorless, with moderate hardness and softness. Usually, there is basically nothing that needs special attention to the mouthguard. Just be careful not to encounter high temperature or exposure to the sun to prevent the mouthguard from deforming. It is best to store the mouthguard in a special box that can be ventilated. Generally, rinse with water before and after use, or clean with toothbrush and toothpaste to ensure hygiene. If it is an excessively worn mouthguard, it is best to replace it with a new one. Excessive wear will reduce its protective effect relatively, and also affect oral comfort.

Some people are most likely to feel like vomiting when they are wearing a mouthguard for the first time or when they first start wearing the mouthguard. Some people feel that their breathing is greatly affected and their mouths are uncomfortable. These are not problems. Generally, wearing a mouthguard is to breathe through the nose. As long as you use it frequently during training, you will gradually adapt to it. Don’t take chances in actual combat training. No matter how much both sides pay attention to controlling and exerting force, there will always be times when they miss. Not only is it possible to get hurt and hurt, but losing a few teeth will also directly affect the appearance. Moreover, in the current situation where the price of porcelain teeth is outrageous, friends who love fighting should prepare a suitable and easy-to-use mouthguard. 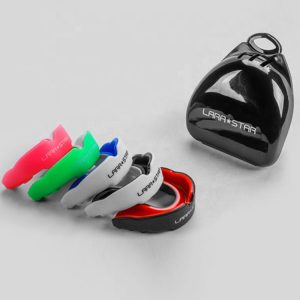 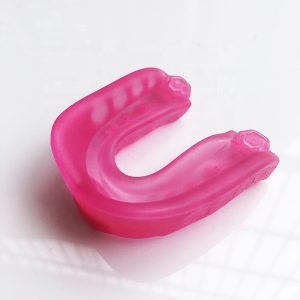